Can EQ be Measured and Developed? 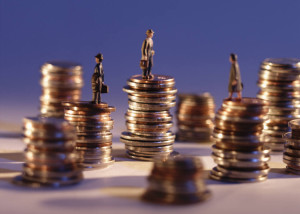 The corporate world has long recognized that the greatest and most effective leaders offer more than traditional intelligence, relevant experience and good business acumen. Many employee engagement surveys, such as Gallup’s and Sirota’s, have shown that bad managers are the major cause of employee disengagement and stress and have been shown to be major inhibitors of productivity and retention.

Indeed, countless “smart” leaders have fallen from grace in recent years, during a time when maintaining composure and keeping emotional reactions in check have never been more important.

EQ has become the new IQ – meaning that while IQ is important and may get you in the door, it is your EQ skills that will get you promoted.

What the Research is Telling us?

A recent global study of more than 500 organizations worlwide from HCI (Human Capital Institue) found that:

While IQ is important, it is by no means a guarantee to success. As a matter of fact, a growing body of research suggests that Emotional Intelligence, measured by Emotional Quotient (EQi), is a better predictor of “success” than the more traditional measures of cognitive intelligence (IQ)

Since 1997 Kandidata Asia has used the EQi, a globally leading EQ assessment tool that accurately can both assess, predict and be used for developing performance.

The tool is based on over 20 years of research and has been independently validated by numerous research studies at leading Universities. The EQi is used by many major companies and government organisations around the world.

Studies have shown that a high EQ boosts career success, entrepreneurial potential and leadership. It is also the best antidote to work stress and it matters in every job — because all jobs involve dealing with people, and people with higher EQ are more rewarding to deal with.

While IQ is stable over life and hard to change, the good news is that EQ can increase with deliberate practice and training.

Can EQ be Developed?

Although fewer than 15% of organizations evaluate the effectiveness of their coaching initiatives, there is strong evidence that using reliable and valid assessment methods, such as EQ tests or 360-degree feedback, produces the best outcomes.

For example, a controlled experimental study of 1,361 global corporation managers showed that feedback-based coaching increased managers’ propensity to seek advice and improved their performance (as judged by their direct reports) one year later.

There are also studies that show that the ROI of developmental coaching is 6 times the cost of the coaching.

With the accumulated research and based on more than 15 years experience the conclusion is  that most organizations would benefit by working on improving their collective EQ.