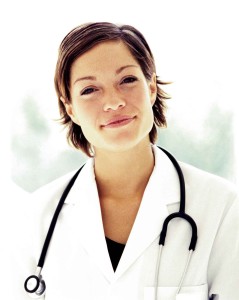 We often get asked if there are any studies about EQ and doctors. Doctors have not always known to be the most empathtic and not always so good at building trust and relationships with their patients that they might have wished. Early data in this area raised a lot of concerns regarding the low levels of Emotional Intelligence among many physicians.

Getting into medical school requires the highest grades and it is not so certain that the most clever and intelligent medical students are also the most suited to become doctors.

We know that there is no correlation between IQ and EQ,  it’s two completely different abilities where you can have a high IQ and low EQ or vice versa.

A study from the Medical College of Georgia has helped us shed more  light on how this plays out.  They asked 232 patients to assess their satisfaction with their physicians. The y found that doctors who had received the highest ratings were also those with the highest EQ values.

The most significant findings were that doctors with higher patient ratings scored significantly higher on the Happiness subscale. The best rated doctors were also higher on:

The authors of the study suggest helping medical students to learn the importance of personal happiness and life satisfaction as a starting point.

So, the next time you see your doctor, it may be wise to try to see how happy and satisfied he / she seems to be, as a happy doctor is probably also a good doctor.