EI in the Philippines 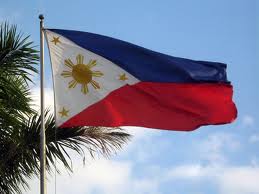 The Philippines, officially known as the Republic of the Philippines, is a sovereign state in Southeast Asia in the western Pacific Ocean.  Its location and its tropical climate make the Philippines prone to earthquakes and typhoons but have also endowed the country with natural resources and made it one of the richest areas of biodiversity in the world. The Philippines has an archipelago comprising 7,107 islands.

With a population of more than 92 million people, the Philippines is the 12th most populated country in the world.  An additional 12 million Filipinos live overseas.  Multiple ethnicities and cultures are found throughout the islands.

The national economy of the Philippines is the 43rd largest in the world   and growing very fast.  It is estimated that the country’s rank will climb to the 18th spot by 2017 and 9th spot by 2050. So much is happening in the Philippines and what impressed me on my first visit in January this year was especially the friendliness and hospitality I met. EQ seems to be a natural for Philippine people.

Even though the idea of using EQ to enhance business results is new to most Philippine companies and organizations, Emotional Intelligence is not new to people in the Philippines.

Actually , one of the first scientific studies on work success and the importance of EQ was done in Manila in 1999 by Joseph Hee-Woo Jae at Ateneo Manila University.

I also understand that there is an Association for Emotional Intelligence in the Philippines focusing on EQ in the schools.  EQ in education is a very exciting area that has grown with leaps and bounds all over the world over the last 5 years or so.

Talking with Lisa Hope Tilstra about EQ in the Philippines

Lisa Hope Tilstra  has  joined Kandidata Asia and she will work towards making EI and the tool EQi2.0 more known in The Philippines. Lisa recenly moved to Manila from the United States. She is one of very few EQi 2.0 certified people in Manila and a certified executive coach and HR expert. Lisa is a passionate EI professional and she shared with me some of her experience from  introducing EI to Philippino companies and organizations.

How well known and how accepted do you feel that EI is in the Philippines?

“Having been in the Philippines for only half a year I would say this country is open and receptive to EI. People here are so open and friendly and using social emotional skills seems to come naturally to most people. In talking specifically with people and organizations, there is a general knowledge of EI, but little is known about applying the EI principles and frame of reference to work settings.

There is a strong interest in EI among organizations in Manila.  It seems like an optimal time to incorporate EI into their assessments and leadership development.

I have just started using the EQi 2.0 here in the Philippines and I have administered it to one individual (a coach) here who was extremely impressed with the results and is interested in pursuing certification.

Currently, I am talking about the EQi to companies and organizations here in Manila.  Recruiting the right people is a particularly difficult challenge.  Presenting the EQi as a tool that can assist in predicting performance seems to be of particular interest.  In addition, identifying specific areas to be targeted in training that will develop employees to meet the needs of the organization seems of value here.

I think there is a great future for EI in the Philippines”.

Kandidata Asia is planning EQ events including a certification in the Philippines 2013. Please look for upcoming details.